Unless you’ve been living under a rock this week, then you would have seen it’s been all about love with the arrival of Valentine’s Day on Wednesday. Now, I’m not a fan of valentines. We don’t celebrate or recognise the day as I don’t like feeling forced into doing something. However, AO got in touch and told me about their latest campaign which was all about the fact valentines doesn’t have to be about romantic love, it can be simply about recognising someone in your life and just saying thank you. 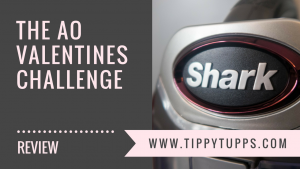 With that in mind, they asked us to partner up with another blogger we know, and basically pick a gift for each other from a list of products that AO are loving right now. The other person would not know what we picked until it arrived. I partnered Nadia from ScandiMummy – who if you haven’t checked out her blog yet, do! It’s amazing. She has a gorgeous little man who is the same age as Darcie so I knew that if her house is anything like the tornado that Darcie leaves ours in, that she would love a new vacuum cleaner. I know her house is over several levels, so immediately the Shark Lift Away stood out for me.

Now, you may be wondering what’s that got to do with me? After all, it was delivered to her not me. However, low and behold come 14 February guess what also graced my house? Yep, that’s right. The Shark NV681UKT. It seems that great minds really do think alike.

A SHARK ON THE MOVE

The first thing that struck me about the Shark was immediately how light and flexible it was. The way it moved felt like a portable cleaner rather than an upright. Not a surprise really as it is a mixture of the two and switches so easily between them in an instant. I’ve been finding this perfect for stairs and other areas in the house which is difficult to clean with an upright such as our conservatory.

The attention to detail with the Shark is really on point. Things like fingertip controls to adjust the suction when moving between different floor surfaces such as our carpets in the living room to the hard-tiled floors in the kitchen. The connections are great: a pet power brush, an upholstery tool and a 2 in 1 duster crevice tool. I especially loved the pet power brush attachment which worked amazing on our sofa. Something that our long haired fluffy white cat loves to sleep on!

I also loved the LED lights which are built in which not only is apparently great fun for the children, but also helps to spot any of those pesky crumbs you may miss while vacuuming. 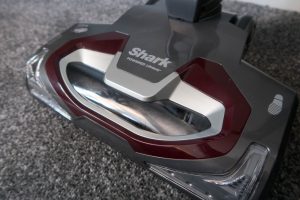 The only drawback of the Shark is the cord. If this were a cordless vacuum cleaner, then it would perfect. One of the things that I find annoying is getting to the top of the stairs, and then having to run around to swap plug sockets. That being said, it does seem to be a very long cord though which means that it only JUST doesn’t stretch far enough for each level of our home.

All in all though, this is a great bit of kit. Light, easy to manoeuvre, quick to convert and so flexible. It is ergonomically designed which means that it’s so intuitive to use. Add all of that to a great suction – and let’s not forget those fabulous lights – this is a great option for anyone in the market for a new vacuum. 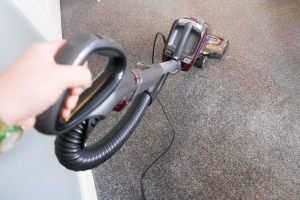 You can find the Shark NV681UKT Powered Lift-Away Vacuum Cleaner on the AO website and has an RRP of £199.

I would also like to thank AO for choosing me to take part in this challenge. It was such great fun to take the time to choose an item for someone else for a change rather than my family and I can’t believe that we chose the same item. How mad is that?! 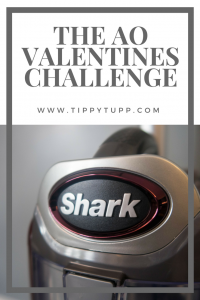 DISCLOSURE: I was provided with this item in return for my taking part in the valentines challenge. As always though, all opinions expressed in this post are my own.