What I read in July

So, I think this is going to be my last roundup post. From now on I’m going to go back to full book reviews of the books that I think are worth sharing with you. I still get a lot of traffic and questions about books, so it seems that these are posts that people enjoy. For that reason, they’re back!! 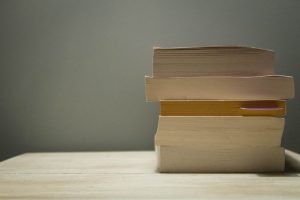 July was a good month for reading, a few good books that kept be gripped + a week in the sun meant that I managed to get through a few. In fact, I managed 5 which is amazing for me! My book of the month? Definitely The Kingdom by Jess Rothenberg. Here’s what I managed to read this month.

The Suffering of Strangers by Caro Ramsay (eARC via NetGalley)

So, I’m definitely late to the party with this one and it showed. The story itself is both interesting and complex: a baby is abducted, and another left in its place, women are missing and there is an unsolved rape case all mixed into the plot. Well written and with gritty characters, I was ready to love this book. Sadly though, I just struggled to keep up and follow it.

Since reading it, I have found out that this is actually book nine in the DI Costello and DCI Anderson series and The Suffering of Strangers brings with it a lot of that history. Both regards to plot and relationships. If you’ve read others in the series, I have no doubt that this will be another great read for you, however most of it was lost on me and it never quite fully captured my attention.

I picked this up because I fancied a really easy chick lit read and do you know what, I really enjoyed it. Strong women, alpha men who love them and filled with plenty of action to keep you turning the page.

Sloan is 16 years old and her car has just been run off the road and her mother killed. Enter Creed who swoops Sloane up in his rather delicious looking arms. Based around a motorcycle club – the Southern Rebels – this is a really quick fun read. The story is sketchy in places and a few things don’t particularly make sense – like who is the illusive Grant who is so desperate to get his pervy hands on Sloan – but as long as you can overlook a few plot weaknesses, this is an easy summer read.

At Your Door by J. P. Carter (eARC via NetGalley)

I really enjoyed this book. It was just what I was looking for and was a great summer read if you enjoy crime thrillers.

Anna Tate has a full plate. Not only does she had a dead body on her hands, but the victim is the daughter of the woman who is on course to be the next mayor of London. Add in an MP with a dirty secret, a stalker ex-boyfriend and a family that all seem to be hiding secrets and you have a book that keeps you turning its pages.

The Kingdom by Jess Rothenberg

I loved this book. As in LOVED it. I read it in two days as I just couldn’t put it down. It follows Ana who is a Fantasist of ‘the kingdom’. Ana is a half-human, half-android hybrid whose existence revolves around making visitors to the beloved kingdom happy.

But….what happens when the fantasists start to crave what lies beyond the gates of the kingdom? What happens why they start to feel? And what happens when they kill? Told through court transcripts, interview records and flashbacks, The Kingdom keeps you turning page after page and it’s a must read for any Disney lovers. Bravo Rothenberg!!

The Double by Helena Newbury

This next one is a great one for anyone who loves a hot, steamy romance!

Hailey is a self-proclaimed geek. She usually hides behind her camera as an FBI surveillance specialist, but she finds herself going under the knife to look exactly like the evil girlfriend of mob-bosses girlfriend, all so she can take her place. Konstantin is a man wronged and set on revenge but when Hailey comes into his life, something stirs in him. Something he thought was destroyed on a Russian bridge 20 years ago. He knows ‘Christina’ is different somehow, but even he would never guess that it was someone else hiding behind her face.

Full of drama, passion and violence. The Double is another one for anyone who likes alpha men and woman on a journey of self-discovery.