What I Read in June

I am ridiculously late on this months reading round up, mainly because I wasn’t sure whether these posts were of interest to people so I wasn’t sure whether to continue with them. However, this blog is my little space and I like keeping track of what I’ve read and record my thoughts on them. After all, who else has ever read a book and come back to it a year later because you really can’t remember much about it. These posts help me to keep things fresh. So – for now at least! – they’re staying. 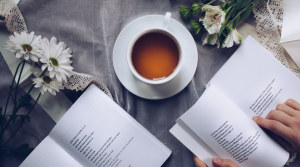 So, on to June. I picked up the pace last month, mainly because I discovered a series that I couldn’t put down! Sometimes a series comes along which are the right stories and the right time which is what happened this month. So, this is what I read in June.

Please note that this post contains affiliate links. This has no impact on you at all, but should you purchase a book from these links then I may earn a small commisson to keep me in my book reading habits!!

The Bigamist by Mary Turner Thomson

Holy cow what a book! Poor Mary thought she had found the man of her dreams. Granted he had to share him with the government seeing as he is a secret agent, but this is the man she loves so there are sacrifices he is willing to make. One day though – while her husband is up in court for not registering his address for the sex offenders register no less – Mary gets a phone call which destroys her world. A phone call from her husband’s other wife.

It may sound like a movie, but this is a true story. A compelling read that had me incredulous as to how he got away with it.

I’ve grouped this series under one header rather than taking it book by book because to list them all, would give away too many spoilers. However, the series is set in a future that is overrun by both angels and demons. When Lucifer tried to make a move on heaven, four angels descended to earth and in the battle that followed, humans were struck by demonic and angelic powers.

At the awakening ceremony which unlocks the powers which humans were blessed (or cursed with) Brielle finds that although she is angel blessed, it’s not quite that simple:

Brielle Atwater isn’t sure of much, but she knows a few things:

1. Having black wings is not normal.
2. Selling her soul to the demons was a mistake.
3. Lincoln Grey is the biggest jerk she’s ever met … but not falling in love with him might prove impossible.

What follows in the next 5 books is Brielle’s journey which takes her to hell and back – literally. Along the way though is love, heartbreak some great friends and a few tears. This is a great series which is easy to read and packed full of great characters and based in a really interesting future. Be warned though, once you start you will be sucked in!