Taking a look inside the Season 3 Hatchimals CollEGGtibles 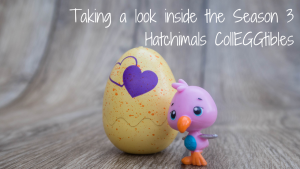 One of the Bears biggest obsessions at the moment are Hatchimals. These cute little collectibles have been around in our house for a little while now and her love for them doesn’t seem to be ending any time soon. So, when we were asked if we wanted to take a closer look at the new season 3 Hatchimals CollEGGtibles, there was no hesitation to say yes as I know she would be desperate to get her hands on a set.

WHAT IS A HATCHIMAL?

A Hatchimal is a cute character from Hatchtopia. Based on animals, these adorable and colourful friends come in speckled eggs ready to hatch into your family. Just hold them in your hand and rub the heart until it changes colour and then it’s ready to hatch. With literally hundreds to collect, your collection can just keep growing. 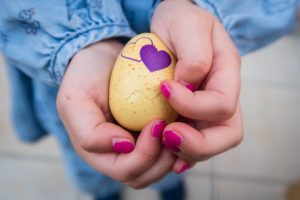 Needless to say, the Bear loves Hatchimals. As in LOVES THEM. They’re small, cute and colourful; everything she loves in a toy. From the excitement of the egg and not knowing which animal is going to hatch, all the way through to discovering which new friend is going to join the others she already owns.

She has the best time setting them up to display in her dolls house, in cars and is now at an age where imaginative play is really coming to the forefront. This means she literally spends hours making them talk between themselves. The conversations they seem to have are hilarious. 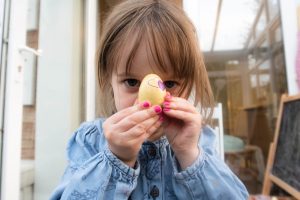 I have to admit that we are long past trying to remember the names and where they come from. However, (luckily!) it doesn’t particularly matter to her as she has the best time naming them what she wants to. One thing that is particularly cute about season 3 though is that each Hatchimal is connected either to a twin or a best friend. This makes for some pretty adorable pairings. Unfortunately, I have no chance of remembering them all but the Bear does a great job, seriously impressing me with her memory! 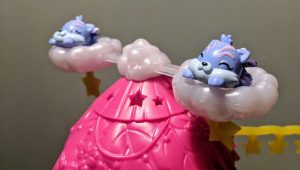 HOW MUCH WILL A PACK OF HATCHIMALS SET YOU BACK? 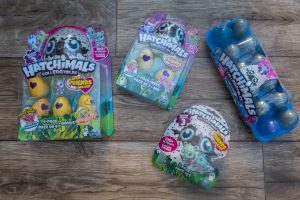 This makes me really happy with giving people Hatchimals as a suggestion when people ask me what to buy for her. As not only will I know she will love it, but it also means that the person buying the gift can pick an option which suits them.

Based on how much the Bear loves Hatchimals, I couldn’t recommend them more for anyone with kids getting to that early primary school age. 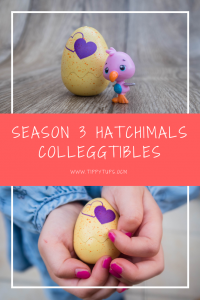 If you enjoyed this review, then why not check out our review section for more.

DISCLAIMER: I was provided with these items in return for my honest review. As always though, all opinions expressed in this post are my own.