First of all, thank you for inviting me along to your amazing festival. There is no doubt you’re proud of what you have, and I can see why. It’s very special. 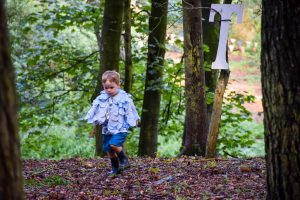 First up let me get it out of the way. There is no way I can review Just So 2019 though without mentioning the mud. And oh, my days, there was so much mud. On Friday it rained and rained and rained! The queues were long but 90 minutes – and 2 ‘free wee’s’ by the side of the road – later, we were in! I have to say that your staff were a credit to you and despite the weather, everyone was helpful and up for embracing the British summertime in all its muddy glory. Before long we were headed into the festival with wellie boots on little feet, and rain suits in place. We were wet but we were ready to have fun.

I won’t lie Just So team, that first day was tough. We really tried to embrace it but we had two very wet and grumpy kids in tow who just wanted to be dry. I have to say though, the performers were a fantastic. Embracing the weather and carrying on regardless. They wouldn’t let the weather win and kept the Just So spirit soaring. They made facing the rain and coming along on Friday despite the forecast worth it. 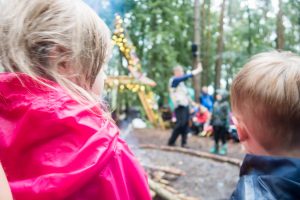 A RAY OF SUNSHINE (THANK GOODNESS)

We woke to wet ground, but glorious sunshine and the atmosphere soared along with the rising temperatures. We entered a muddy festival site but the efforts from the Just So team were evident all around. Hay had been laid wherever it could, volunteers were on hand to help, and tribal leaders were rousing spirits with a smile on their face.

From there the highlights for us came thick and fast. The Spellbound Forest was as amazing as usual. Clay faces are becoming an annual tradition and the kids had the best time with this year’s creations. Add that to the most amazing marble run I have ever seen, and it was a morning well spent. 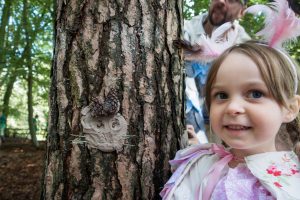 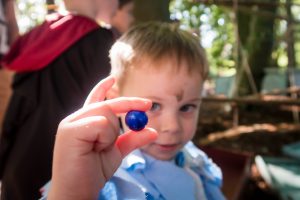 When night falls though, that’s where the real magic happens. This was the first year that the kids have really embraced the songs, stories and music around the Just So campfire and even made some festival friends. Seeing them reach out and connect with other children in such an amazing setting was such a highlight for us too. 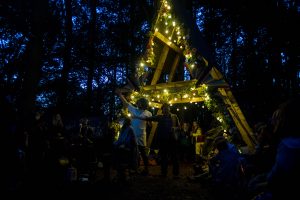 Sadly, with so much mud, Footlights was beyond our reach. However, this led to one of my favourite moments from Just So this year. Sat in the sun on the back field enjoying an ice cream, watching the kids run around while listening to Mr. Tea & the Minions in the background was nothing short of wonderful. 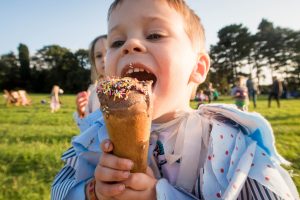 The real find for us this year though was the Woodland Theatre. In previous years we’ve never made it to a show as it was always packed. However, this year we mud-slid our way down the hill and took up residence. Highlights were of course David Gibb who was as fabulous as ever and was launching his new album. The old classics came out and had the entire audience getting involved. 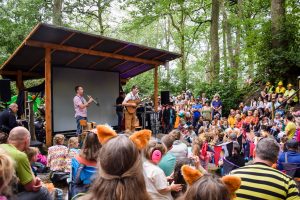 The real highlight for the kids though was without a doubt Absolute Opera who performed The Pirate King. They loved it so much the first time around, that they demanded that we go back for the second performance. 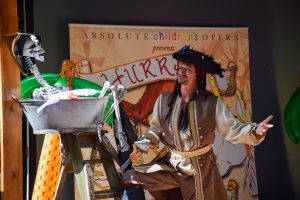 A HEARTFELT THANK YOU JUST SO

So, finally – to bring this to a close – I just wanted to say thank you. Thank you for not letting the forecast put you off and thank you for putting on yet another wonderful festival. It may have been a little less shiny and a lot more muddy than planned, but there was still plenty of magic to be found. Especially for those who got stuck in, overlooked the mud and embraced the Just So spirit. 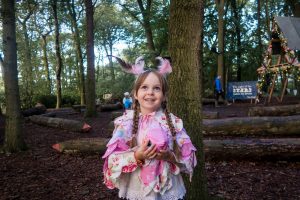 I have to say I really feel for you all. Having this happen to you in any festival year must be hard, but especially so considering it was your 10-year anniversary. You dealt with it with your heads held high and a smile on your faces. You did yourselves proud.

Already after only a week when we talk about Just So, my children don’t remember the additional struggles that the weather brought with it. They remember pirates and costumes and laughter. They remember mud and music and golden pebbles (they won 9!!). They remember singing and campfires and barefoot walks. 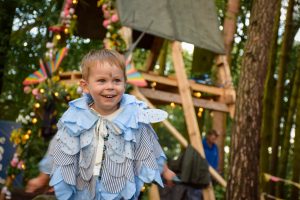 The mud will dry and the clothes will all be cleaned but the memories will stay with us forever. And for that, I could not say thank you enough. They say that 11 is the new 10 and I look forward to coming back in 2020 and celebrating with you in style.

Ps. If you fancy joining us too then the early bird tickets are on sale now!

If you enjoyed this review, then why not check out our adventure section of the blog.

DISCLOSURE: we were invited along to Just So as guests in return for sharing our experience. As always though, all thoughts and opinions are our own. 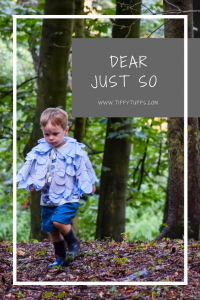 A FEW OF THE REST 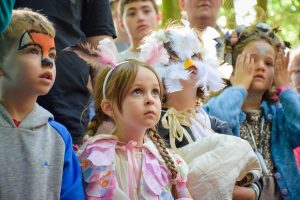 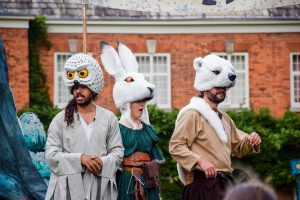 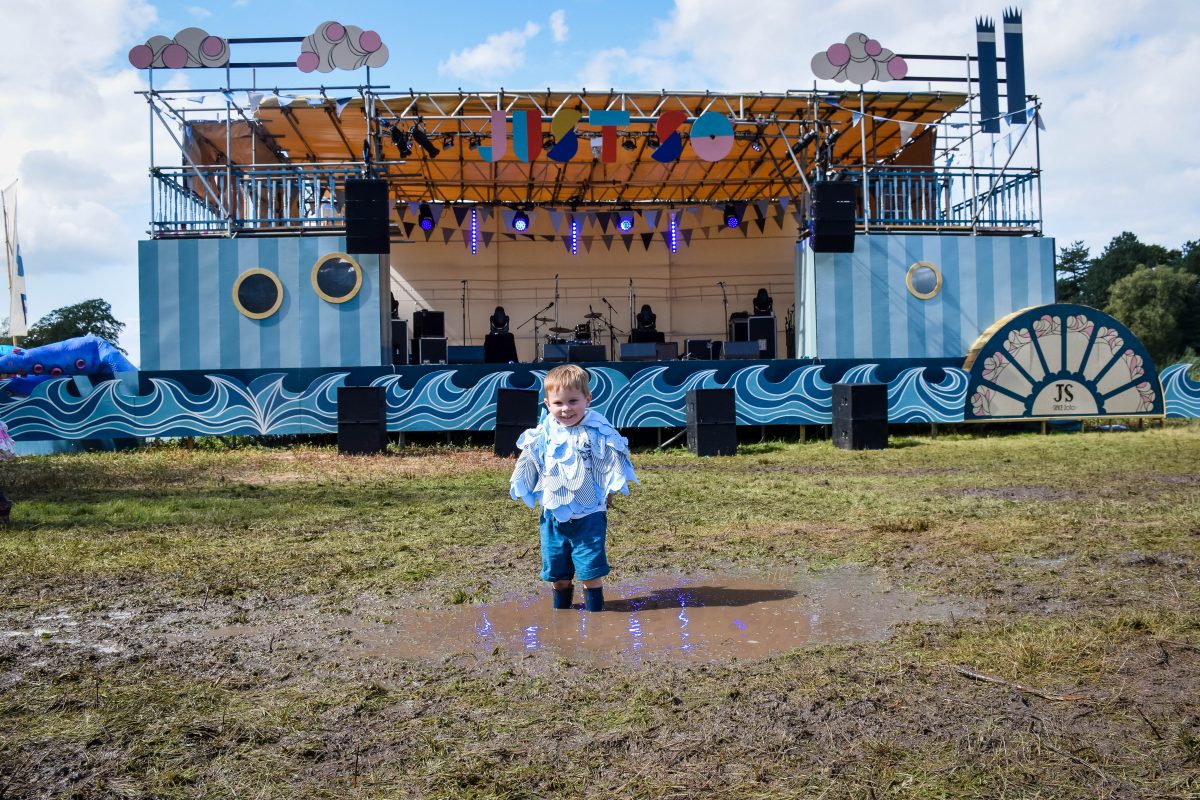 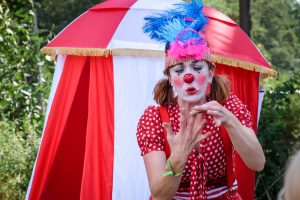 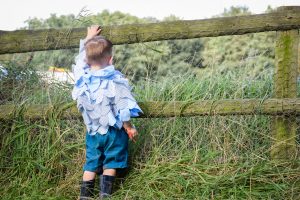