Pre-kids we used to love live music and used to try and get out a few times a year. Big concerts, small gigs, festivals or even just the local pub performance. We loved it. Then kids came along and well….we ran out of energy and money! However, the Bears are getting older and we’re enjoying reclaiming that part of our lives again.

So, this weekend we headed out to Delamere Forest to see Paul Weller in his Forest Live tour. This is what we thought. 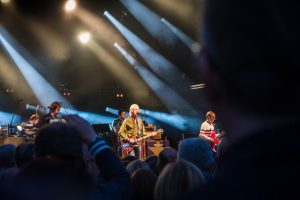 First, I have to say he was amazing. For a 61-year-old man, he’s still got it. Not only did he do a cracking 2-hour set filled with both new material and old hits, but it genuinely sounded like you were listening to a CD. Not an auto tune in sight.

I love Delamere as a venue. We’ve seen a few bits over the years and if the weather is with you, it’s a great venue for live music. Sat in a natural bowl within the forest, it has good viewing angles no matter where you sit. Add in some toilets, a bar and a few food vans and you’re in for a good evening. 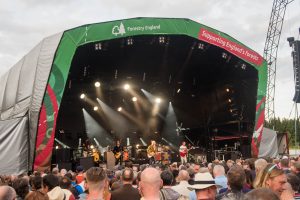 The queues move quickly, and the security staff are polite but present, dealing with issues quickly and efficiently. The main drawback is that to get close to the stage you need to sit near the bottom and the toilets are all at the top of the hill!

There aren’t any big screens at Delamere Forest like you would normally get at a big arena gig but I think that actually adds to it. It has the feel of a small performance despite the size of the audience. The layout is such that are no ‘bad’ seats and you are able to get a good look at the action no matter where you choose to sit. 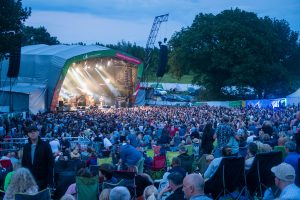 As I said, Paul Weller was awesome. He’s still such an amazing performer. However – and this isn’t going to be a popular opinion – it kind of felt that it didn’t matter if the audience was there or not. That’s not to say he didn’t care if people were having a good time or not, I’m sure he wants everyone who comes to see him to enjoy the show. More than it wouldn’t have impacted him either way. 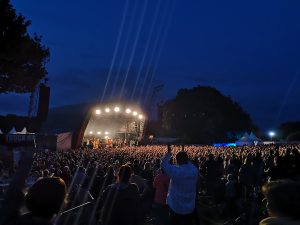 He’s such a performing machine. He pretty much came out, whacked out hit after hit, had a few fags and then he was gone with very little input required from the audience.

Now please don’t get me wrong, it’s not to say I didn’t enjoy it. He really was amazing and looking around me the audience LOVED him and the show. It’s obvious though that Weller isn’t someone that needs to energy of the crowd to do his job. He knows what he’s doing, comes out, nails it and then he’s gone. Perhaps to bed for his ovaltine. Afterall, did I mention that he is 61?!! I did? Well, it’s worth saying twice. I’m jesting of course, as there is not doubt he’d outlast me despite his age. 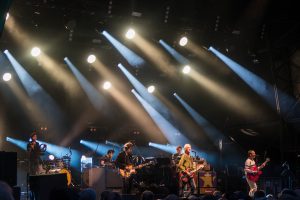 Probably the poshest gig I’ve ever been to. We significantly lowered the average age of the crowd and I wouldn’t have been surprised if there was a pop-up Waitrose or M&S food at the back of the bowl. In fact, we could have opened one ourselves with the contents of the picnics going on around us. 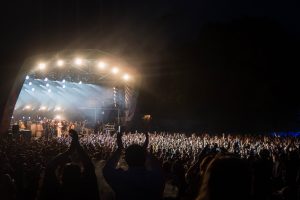 The smell of coffee was overpowering, and it was a nice change from the smell of booze and weed that usually goes along with live music. In all seriousness though, I had to admit the gig had a great vibe. Filled with fans simply having a great time.

Overall, this was a fantastic gig. Worth going along to and if you ever have the chance to see him live, I’d recommend it.

If you enjoyed this review, then why not check out our other adventures? 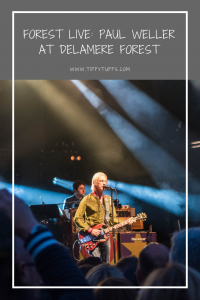