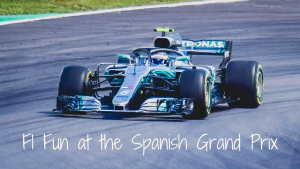 Some wife’s weekends are filled with football as their husbands sit glued to the TV, in our house though it’s all about motorsport. F1, MotoGP, WRC….you name it. If it has an engine then the odds are that he’s keeping track of what’s going on. Luckily for me – and him – I don’t mind. I have the fondest memories of being allowed to eat our Sunday dinner on trays as we watched Mansell fight it out with Senna, and I share a bucket list dream with him of slowly over the years watching every race in the F1 calendar live.

Last weekend we were lucky enough to be able to make a start with the Spanish Grand Prix.

The Spanish Grand Prix takes place at the Circuit de Catalunya just outside of Barcelona. It stands 32 km from the main city and 18 km from the coast. Luckily for us – seeing as we were driving down from the South of France – it was easy to get to with great access to the motorways. There was plenty of parking and after a little exploring to find the right car park, we managed to get settled and headed off in search of the entrance gate. 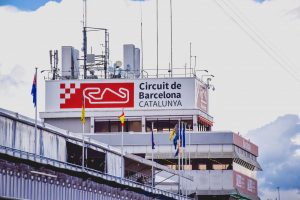 When you first enter the track, you are faced with an onslaught of commerce. Mainly food and merchandise, there is no shortage of what to spend your pennies on. We did offload ourselves of £15 for a programme as although it’s steep in price, it is actually full of articles and information about the weekend. Plus, I’ve always loved keeping a programme as a keepsake ever since I was a child.

We had read some reviews that the food at Circuit de Catalunya wasn’t great, so we stocked up on a good pack up and brought our own. However, we needn’t have worried as there was literally something for every taste there. The only downside being the queues. The same went for the loos for which there were plenty, but the queues for them were horrendous. To be fair though, that was expected. 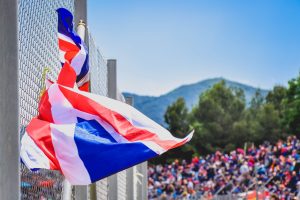 There was also plenty to do for families with kid’s areas with activities and games. The question is would we take our kids? For us, the answer is no. I think motorsport is great for kids and I’ve never felt there is a safety issue. For me it’s more keeping them entertained. For really little ones who pretty much don’t care where they are as they are simply going through the motions of eating, pooping and sleeping, then I think Circuit de Catalunya is as good a place as any. Or, if they are older – again it would be a great day out.

For our two though – at 20 months and 3 years – there was no way that they would sit still for long enough to enjoy the day. Instead one of us would be up at the children’s area missing the race. Therefore, in short, it really depends on the child and how old they are.

Back to the day. Although we still had 4 hours until the start of the F1 race, we had general admission tickets. Therefore, the first thing we wanted to do was scope out where to watch the race. Luckily our programme gave us an indication of all the general admission areas of the track as well as the big screen positions. After taking a closer look at a few of the options, we decided on the banks of turn 6. From there we could see 2 turns, a straight and then a 3rd turn as the drivers shot off to the next section of the track. 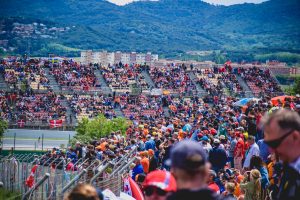 It was a popular spot though, and at 11:30am – 3.5 hours until lights out – we laid out our picnic blanket and secured a spot as things were already starting to fill up.

For anyone who has never been to watch racing live before I would recommend making sure you pick somewhere that has a good view of a big screen as well as live action on the track. It can get both dull and confusing if all you see are some cars coming past every few minutes without the context of the race as a whole.

To be honest, after all that the race wasn’t the best. Hamilton lead from the front and had a convincing win. Something you knew was going to happen – unless something dramatic occured that is – as soon as they pitted, and he came back out in front. The rain that was threatening all day held off, and the most action in the race was a challenge from Verstappen which cost him a wing and a position in the race. Either way he still ended up on the podium with a Hamilton 1, Bottas 2 and Verstappen 3 finish. 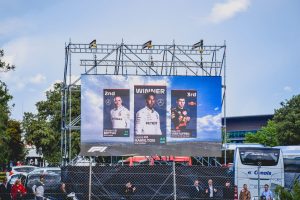 We loved the day. The atmosphere, the cars, the weather and simply spending the time together. What a way to have a date day eh?

For the track itself, Circuit de Catalunya is one of the main tracks that all the teams use to test all the cars. This means the drivers know it well and know how each other performs on it. You think that would make for a more interesting and ‘risky’ race, but in practice it tends to be predictable as there is not much unknown about the track, both for how the drivers drive it and how the cars perform on it. There are a few straights and sections which are great for overtaking and there is usually a lot of action on turn 4, but on a whole it’s not a track that’s well known for being an exciting one.

What’s great about it for the fans though is that it’s one of the few tracks where – once the race finishes of course – you can get down onto the track and take a walk on where all the action just took place. The pits are on the start / finish line which means that if you’re lucky you can even get a glimpse of the teams working on the cars before the next race.

Overall, this is a great European track. Perfect for UK fans as it’s close, usually warm and easy to get to. 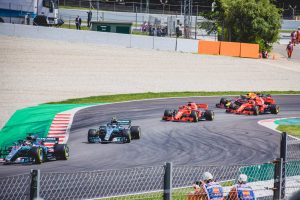 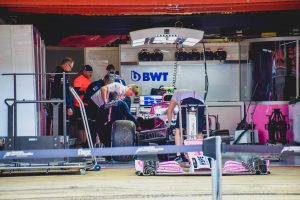 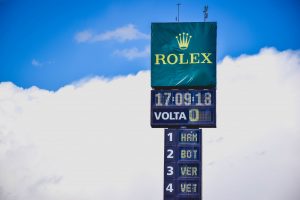 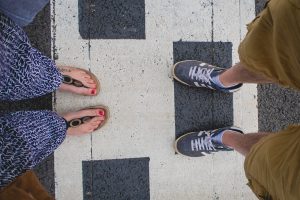 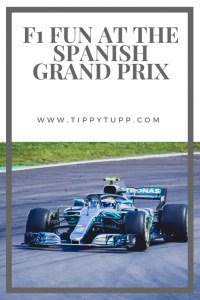