The Sophie Debate – why I won’t cut off her legs 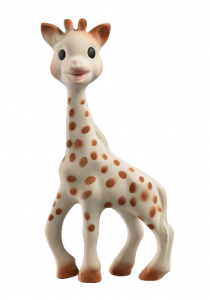 Sophie the Giraffe made the news this week; not because of the price (£15 for a teether?!) but because there could be mould growing inside it. All week my social media newsfeeds have been going crazy with irate mums demanding a product recall and making comparisons with the Tommee Tippee drinks cups which also hit the headlines for mould last year.  For me though they are completely different topics and while any cups would have been immediately checked and disposed of, I just don’t have that level of concern with Sophie.

Don’t get me wrong, if you have mould growing in your toy that’s not a good thing, but really how is that any different to a bath duck?  I can’t be the only mummy who has had to dive across the bath to rescue a duck about to be rammed into a teething baby’s mouth when you noticed those telltake black spores escaping from the hole on the bottom.  You have two options; to glue the hole shut with a glue gun or to have a steady stream of ducks ready as replacements as soon as those disgusting black bits appear. Unfortunately though that’s just what you get when toys that cannot be cleaned and dried inside come into contact with water.

Anyway I digress….back to Sophie.  For me it’s not at the same level as the drinks cups because, well you don’t drink from a toy giraffe teether now do you? And it’s not on the same level as the ducks because unless you’re not following the toy guidelines to only clean with a damp cloth, it’s not submerged under water on a regular basis.  So where does this leave us?  Hopefully with a little common sense. As parents we are used to hunting out smells that don’t belong so give Sophie a squeeze and have a sniff at the hole (I’m so sorry – I could not think how to word that one differently!) Does it smell musty? If so then maybe you have a campion dribbler who somehow managed to get a steady supply directly into the toy, in which case it may be time to replace with a new teether.  However, if you’re like us and it smells just fine then the chances are it is and Sophie poses no greater risk than anything else on the floor that your child takes a liking to and decides to ram into their mouth.

For us though, my son absolutely adores his Sophie so I just don’t have the heart to chop off her legs just yet! 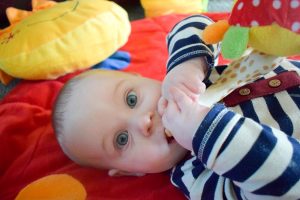 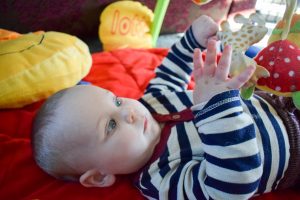