You hear a lot about judgement of breastfeeding mummies; horror stories of being told to cover up, asked to feed in toilets and being ostracised by society. There are huge campaigns to normalise breasfeeding which is a great thing, however I have to say I have never once felt judged for feeding my child until I started to bottle feed. 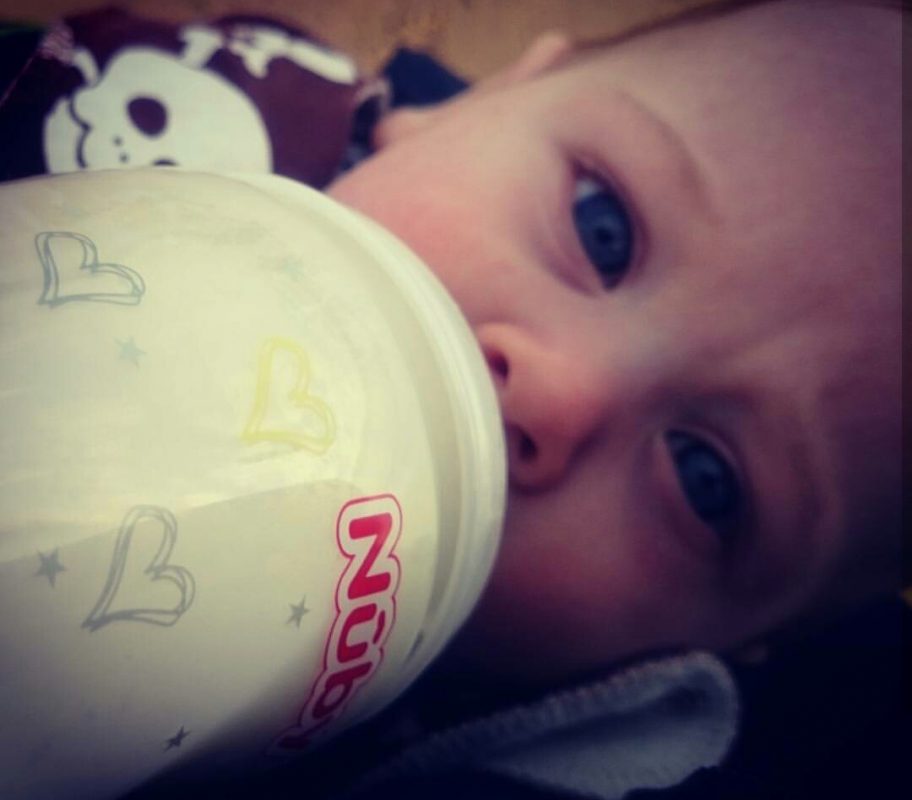 I was lucky to be able to breastfeed my daughter for 4.5 months and my son a little longer for 5.5 months.  They took a bottle of expressed each evening from a bottle to ensure that they could do it and to get daddy involved, but other than that they were exclusively fed from the breast.  Our decision to move to full time bottle and formula was different for each: for her it was my return to work, and for him an extremely hungary boy! It was our decisiion to make and one that I do not regret as it was made with the best interests of the family at heart and both children have thrived.  H0wever what I was not prepared for was the judgement.
Never once while breastfeeding either child did I have a bad experience; no tutting, no confrontation and never was I asked to do it elsewhere. I happily fed in public, on the move and even once in the sling walking around Ikea. If they were hungry they were fed no matter where we were. Simple. Everyone we encountered was supportive and accomadating. However now we are full time bottle with my son, this is where the judgement has started.

It’s only been about a month since we started a bottle in the day (first combi fed while we transitioned over but full time for the past few weeks), but in that time I have had dirty looks, tutting, whispers and pointing. A loud conversation right beside me discussing why THEY would NEVER bottle feed as well as automatic assumptions that I would still be breastfeeding and shock and rude questions when it was discovered that I wasn’t: “you DO know that breastmilk is best for your baby right?” and “why would you stop when formula is so bad for them?”.

The answer? It’s none of your business.

Since when should normalising breastfeeding come at the expense of those parents who choose to bottle feed for whatever reason? We are asked to accept the mothers right to breastfeed but what about accepting the mothers right to choose how best to feed their babies?  You have no idea of the reasons behind that decision; it could be physical, emotional or simply a personal preference. It could be a decision she is struggling with or something she is forced into, or it could just be a decision she made. The point is, whatever that reason it is not only no one else’s business but it is also her choice and believe it or not, your opinion does not matter to her.

What I do know is that I have never felt more self concious or made to feel ‘less than’ as a mother until I started to feed my son in public from a bottle and that is just sad. Too often we seem to value our self worth through the comparison to and the judgement of others and we need stop. Just stop.