A Day of Fun at Thomas Land

If you follow the blog, then you know that it was the little man’s third birthday a few weeks ago. To celebrate, we decided against a party this year and instead headed out for a birthday treat. As Henry is both dinosaur and Thomas mad in equal measure, there was no doubt that we were headed to Thomas Land for the day. 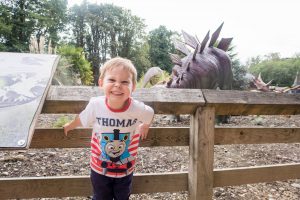 Thomas Land is a part of Drayton Manor theme park in Staffordshire. Sat nav will take you to a residential estate, but they are obviously used to that as the directions to the real entrance are very clearly marked when you get there. Poor residents, it must be a nightmare living there! The gates open at 9:30am with all Thomas Land starting at 10am. All other rides in the park start at 10:30am with Drayton Manor closing at 5pm. This includes all food outlets and shops too, so make sure you take snacks for the car on the way home.

We arrived at around 11am and stayed for the entire day which was a real surprise as I thought it would only take a few hours to get around everything. Here were our favourite parts of our day.

Henry spent the entire day running back and forth between different Thomas’. It seems that we found this little man’s happy place. Even I didn’t realise how many of their names he knew until we saw him running between them all. If you have a child who loves Thomas and his friends, then they will love this. 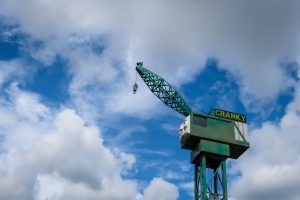 Needless to say, a huge part of Thomas Land is the rides. Some have height restrictions so be sure to measure your child on arrival so you’re sure of whether they will be allowed on, as the attendants on the front do check. Henry was a little distraught not to be able to go on the rollercoaster because he was too little, but other than that he had free reign. 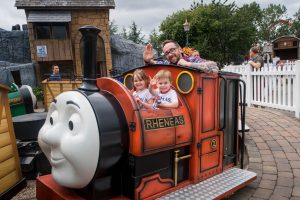 We did however discover that he loves rides that take you up high and she LOVES the rollercoster. The faster the better apparently. We randomly ended up on one of the quieter rides at the end of the day, one that just went around in circles. The kids couldn’t understand (1) why it was going so slow, and (2) why it wasn’t shooting up into the sky. 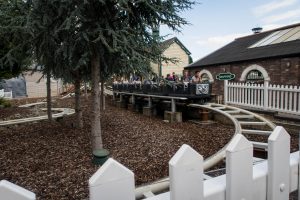 This was such a small part of the theme park, but you can jump on a train – Thomas and Percy alternate – and take a short ride to another side of the park. Here you can explore the zoo, the play park and a cute little dino trail. It’s such a small part of the park but it’s one that made a huge impression on our dino loving boy. It’s a small little walk but our two loved it so much they did it twice!

They play park was a real surprise, it was so big and so much fun for little ones. Our kids spent a good hour or so exploring it. Running, climbing, sliding……all ages were just having a blast. 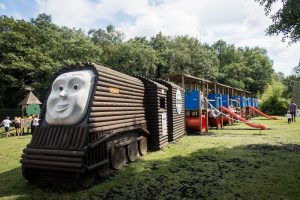 Finally, the looks on their faces really does make it all worthwhile. They had the best time all day, including the Bear who isn’t even particularly keen on trains. 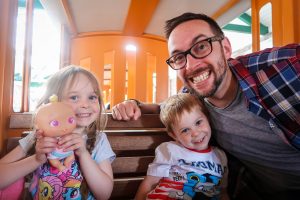 Overall, we were really impressed with Thomas Land. What I thought would be a little children’s add-on within a theme park, is actually a pretty full day out. We were kept busy for HOURS before finally being kicked out at 5pm. We were really lucky with the queues and the longest we needed to wait for anything was the for around 10 minutes for the rollercoaster. Everything else we had to wait a maximum of one ride before climbing one ourselves. This was amazing considering it was the first Saturday of the summer holidays. 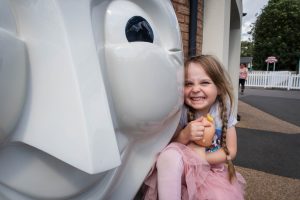 The drawback is that the entrance fee covers cost for the full park, so adults pay full price as if they were heading out for a day at Drayton Manor. That means you’re paying a pretty penny to watch your kids head around in circles for the day with Thomas. However, they do pretty good family deals online and for a once in a while treat, it’s still pretty good value for money considering how much they can do. 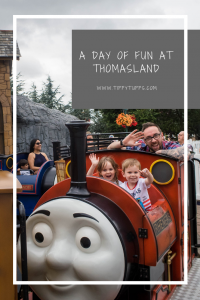