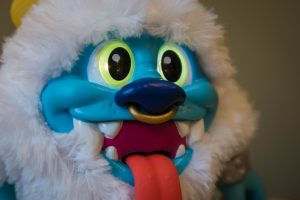 This is a review post.  We were sent these items in return for our honest review, however all opinions are our own.

When we were asked to take a closer look at Crate Creatures, I took one look at them and knew that it would be something that my two little monsters would love to get their paws on. After all, Crate Creatures are fun monster that look cute, but makes gross noises. What’s not to love right? Here’s what we thought:

WHAT ARE CRATE CREATURES?

Little monsters that are bursting to get out of their crates. There are four to choose from.

Blizz is an ice monster, Pudge is a troll (I think!), Sizzle is a fire-breathing dragon and Snorthog is a bog warthog from the muggy jungles of Tuskk. As you can probably tell, all are both cute but gross in equal measure! 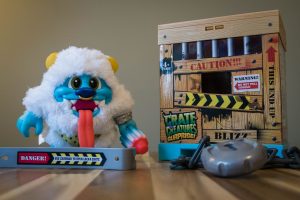 OPENING A BOX HAS NEVER BEEN SO MUCH FUN

We were sent Blizz to try out and I have to say I was really impressed from the very beginning. I absolutely love that the packaging is a part of the toy and my two LOVED the theatre of unboxing and releasing Blizz from his crate. 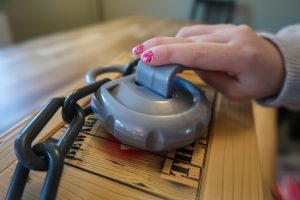 Blizz is an interactive ice monster who – when you pull his tongue – makes a series of monster noises as he vibrates and his eyes glow. Think growls, grunts and I’m sure that I even heard a few farts in there somewhere. This had my two giggling and pulling his tongue over and over again. There is a motion sensor built in that means that he reacts when he’s laying down and knocked over too. 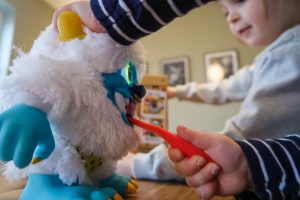 That’s not all though, as when you push his tail, he flaps his arms. Crate Creatures also allow you to record your own voice by pressing and holding his tummy. Something that Darcie in particular has been having great fun with, especially as it distorts her voice into a monster growl. 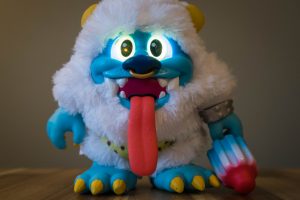 However, we’ve found out that he’s most happy when you feed him his ice lolly. As he makes some rather interesting slurping and chomping noises. Finally, when you’re done you can lock him back in his crate where all the fun can start again.

I can’t express how much the kids loved this. Especially Henry who has gone back to it time and time again. His favourite thing is to lock him back up, to then use the crowbar to unleash him again time and time again. The fact that the packing is part of the toy is such a great idea and something I would love to see from more toys on the market. 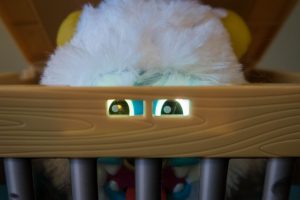 He’s pretty gross with some of the noises which come out of him. However, the kids find him hilarious and like to take it in turns feeding him his ice lolly. Henry tells me that what he loved best about him is the noises and getting him out. Whereas Darcie likes to record her voice in his tummy. However, one piece of feedback from her is that apparently Blizz would be better in pink!

Overall, Crate Creatures make for a fun toy which has a good number of interactive elements to it that should keep your little ones entertained. 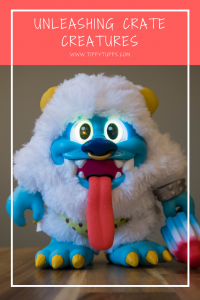 If you enjoyed this review, then why not check out our toys and games review section for more ideas.